Tag truly is a fish out of water!

Tag Gasparian got started as a pro surfer in the 80's when he began painting his own surf boards.

He soon began designing boards for his team and close friends; which led to working in a shop for 15 years and that's where he picked up airbrushing. That next led him to other painting gigs which moved him into the motocross arena and literally went from water to dirt. (fish out of water, heh) 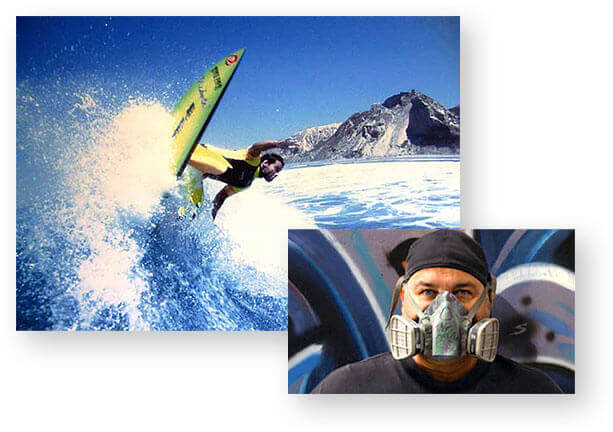 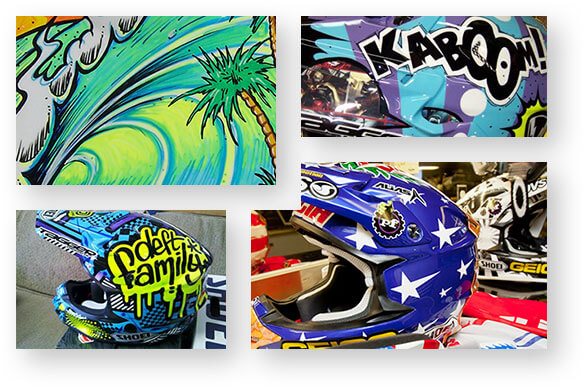 Opening his own shop in 2005 near Langston Motorsports and the famous Lake Elsinore Motocross Facility, he quickly began earning major recognition for his amazing talents in custom helmet airbrushing and design.

This led to working with greats such as Ricky Carmichael and James Stewart as well as Fox and the 2006 Motocross des Nations USA Team.

Tagger's had many repeat MxoN event's and continues to grow his brand. 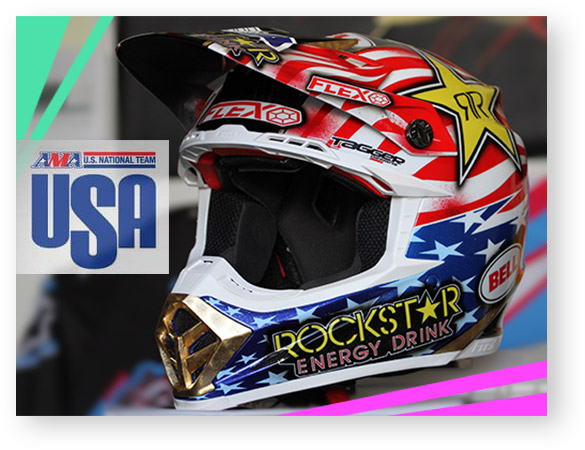 Today it's not all too uncommon to see the name Tagger Designs adorned on many of the helmets as riders line up to the gates at the Monster Energy Supercross events.

Tag is recognized as one of Bell's elite artists running flagship prints using his designs and continues to repeat business with major industry teams, sponsors and events world-wide. Not only does Tag offer custom helmet designs but he'll throw paint on just about anything from skateboard decks to automobiles.

See what Tag can do for you.